The Race to Emperor's Summon

The legend has it that the Jade Emperor (the God who ruled Heaven and Earth, according to Taoism) summoned all the animals to see him in heaven. The Jade Emperor was delighted with the first 12 animals arrived and assigned them as representatives of the years. There was a story that the cat was initially a good friend of the rat, and had asked the rat to wake him for the race. But the rat did not, so the cat missed the race and was not assigned to the zodiac year. The cat was furious and became rat's worse enemy ever after.

The story also says the result of the race to Emperor's meeting determined the order in which they were assigned. It says that, when all animals had to cross the river, the rat, being very smart but cannot swim, asked to ride on ox's back. After the kind-hearted ox reached the other side, the rat ran off quickly, and was the first to reach the meeting and to be assigned.

There is another saying that it was Lord Buddha who summoned the animals to bid him farewell before he returned to haven. He rewarded each of the 12 animals who came to represent the year.

Another legend describes how zodiac animals were assigned to the time of the day. See More About Chinese Zodiac regarding assigning Zodiac to the hours. The story says that before the creation of all beings, the old world was enclosed in a lifeless atmosphere. It was the Rat who bit opened the enclosure, and caused the interaction of the vital elements and the creation of all beings. This happened during the first of the twelve time-periods of a day in ancient China, therefore, 'opening the world' made Rat the first zodiac animal. 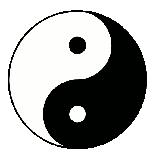 Yet another legend is based on the Yin-Yang concept. In Chinese Calendar Science, time is described in 10 Heavenly Branches (the upper portion) and 12 Earthly Branches (the bottom portion). As the zodiac animals representing the 12 Earthly Branches, their sequence was determined based on their toes (which is the bottom portion of their body). Those with odd number toes are said to have Yang quality, and are placed under the odd numbered sequence.

Those with even number or no toes (as zero is an even number) are said to have Yin quality, and are placed under the even numbered sequence.

Note that because of a unique feature of rat's toes, he earned the first place of the zodiac assignment. The rat's front leg has 4 toes and hind leg has 5 toes indicating a change from even number to odd number, and it coincides with the first time-period of a day, which is 11pm to 1am, symbolizing a transition from night to morning, or Yin (even number) to Yang (odd number).

So the Rat, although the smallest animal of the twelve, is actually the most significant one of all. Each Year of Rat is the start of a new cycle, and is considered by Chinese the beginning of changes

See Yin-Yang and 5 Elements and Half-Yin and Half-Yang Rat for more info.

Is It Rat or Mouse